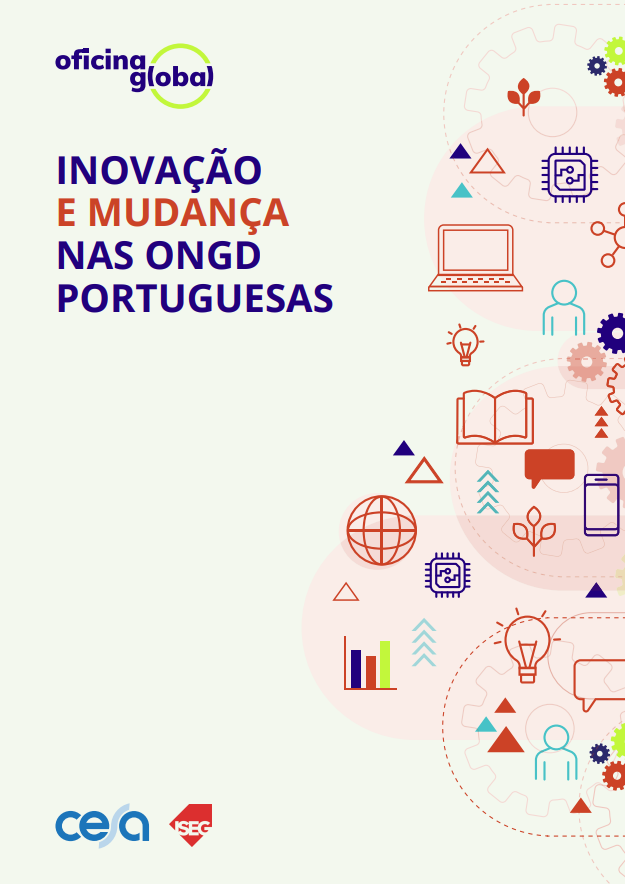 
This study focuses on innovation in the context of International Cooperation for Development (ICD) – innovation for development – ​​from the perspectives of Portuguese Non-Governmental Development Organizations (NGDOs). Given the diversity of interpretations that the concept of innovation can present, any analysis on the subject must begin by identifying the perspectives and practices of the actor(s) under analysis. In this way, the analysis is guided by the questions: what does innovation mean for Portuguese NGDOs? What priority do you give to innovation? What obstacles do you face? What types of innovation do they develop and implement? What reasons lead Portuguese NGDOs to want (or not want to) innovate? As this is the first wide-ranging study on innovation in Portuguese NGDOs, we sought to map the culture, capacity, existing innovation support structures in Portuguese NGDOs and also identify obstacles/constraints to innovation in these organizations. The study was carried out through an online questionnaire survey, which received responses from 46 organizations in the period from November 9 to 26, 2021. The sample included organizations with a wide variety of organizational structures, according to the diversity of the universe of 163 Portuguese NGOs. The survey results show that innovation is very present in the agenda, strategies and priorities of the NGDOs surveyed: for the vast majority (88%) it is a “High” or “Very High” priority in the scope of their work. Respondents show broad and multifaceted perspectives in defining innovation. However, for the NGDOs that responded to the survey, innovation is mainly seen as a tool to improve processes, increase the efficiency and impact of their work. Potentially disruptive innovations capable of leading to systemic change are infrequent in the identified examples. In addition, although they consider themselves innovative, the NGDOs surveyed also identify important obstacles to innovation, namely in terms of funding and available human resources – 73% say they do not have any kind of budget available for innovation. The study ends with a set of reflections and identifies possible ways to help build a context more conducive to innovation for development, particularly in Portuguese NGDOs. It is important that innovation is seen and approached as an approach to building social and systemic change, which is why it is essential to invest in partnerships and joint work. Among the possible paths presented, the creation of a multi-actor working group dedicated to the theme, the creation of a fund to finance innovation projects for development and the commitment to training and training NGDO employees stands out. 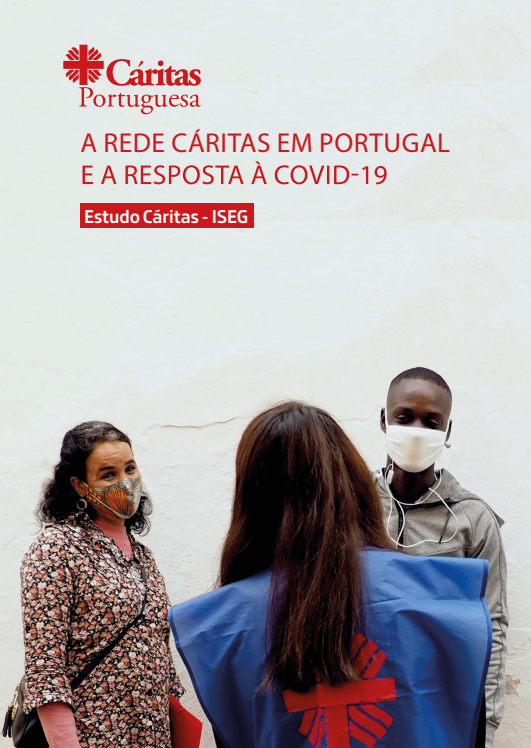 
The study “The Cáritas Network in Portugal and the Response to Covid-19” analyzes the importance of the social action of the Cáritas Network in Portugal in an unexpected and health emergency context, by documenting the organization’s response to the Covid-19 pandemic. An analysis is made of the continuity actions, but also of the innovations that emerged during the first year of the pandemic. With a presence that covers all the districts of Mainland Portugal and Islands, the Cáritas Network in Portugal developed, for the first time, a National Program of direct support to families in the form of goods and food stamps, as well as occasional and urgent financial support intended for payment of basic needs such as rent, health and electricity expenses, to a considerable number of beneficiaries (10,444 people, 3,205 families). The study shows that the Cáritas Network in Portugal was able to continue the food support activities and occasional support that it was already developing, given a greater demand from families: 60% of people who sought support from Cáritas in this period had never resorted to this kind of help. 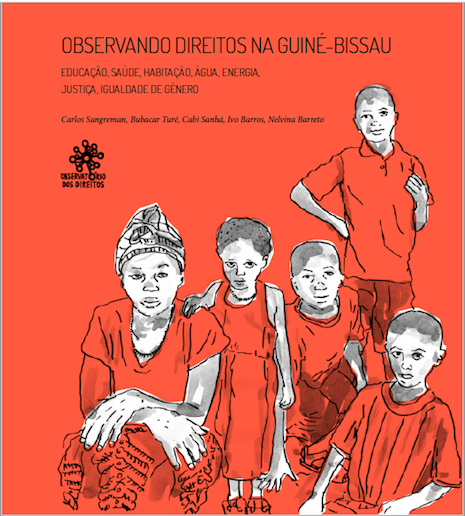 
The objective of the Observatório dos Direitos in 2019 was to continue the collection of data on access to Economic and Social Human Rights in Guinea-Bissau with data comparable to those of 2016, and to include two innovations: a new chapter on Women’s Rights or Equality of Gender and perform data collection also in the Bolama/ Bijagós region. 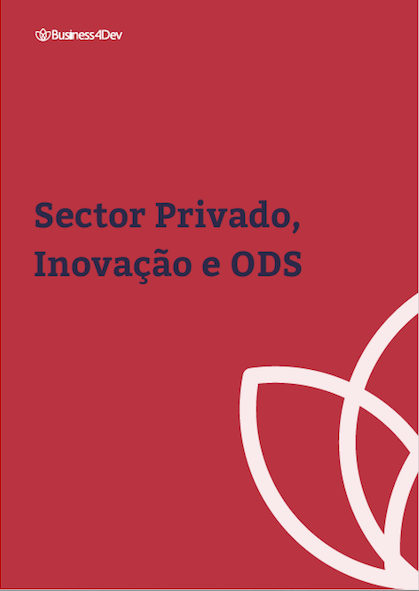 
The central role of the private sector in international development cooperation is one of the innovations of the 2030 Agenda. In 2014, UNCTAD estimated the annual funding gap for the Sustainable Development Goals (SDGs) at US$2.5 billion. Following the Busan summit and the conclusions of the Millennium Development Goals (MDGs), the capabilities, resources and skills of the private sector are no longer viewed with suspicion, but are seen as central to achieving the 17 SDGs. Innovation, as a pillar of the private sector in the 20th century XXI, is the new paradigm. In this report, we explore the reasons why companies can and should adopt business models aligned with the SDGs, in partnership with international cooperation actors. Partnerships are key to this transformation; today, business economic activity tends to move along global value chains in which the intervention of international cooperation for development, around the 2030 Agenda, will have an increased impact. In this context, the inclusive and responsible management of the acquisition of services and products on a global scale by companies, assumes an increasing importance. Partnerships, global value chains and procurement of goods and services are the three areas explored in this report. 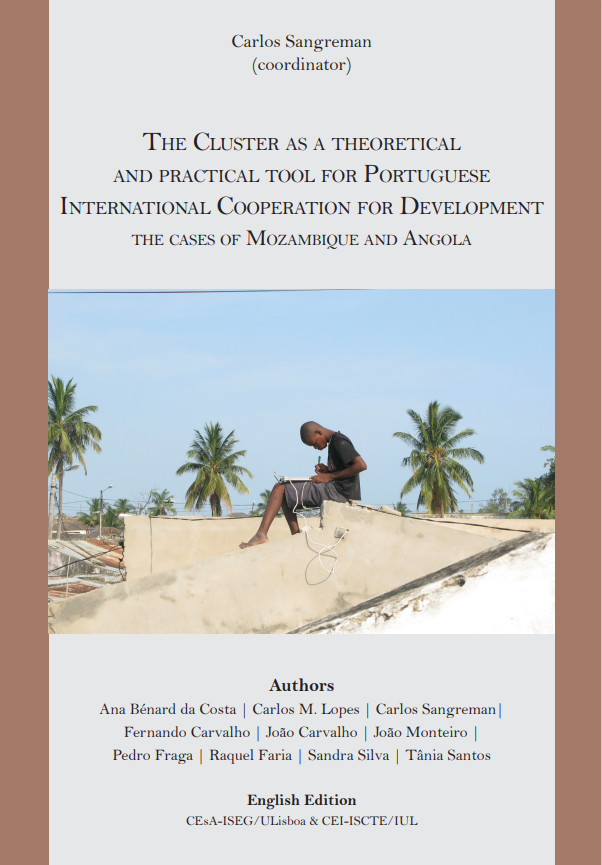 The Cluster as a theoretical and practical tool for Portuguese International Cooperation for Development: the cases of Mozambique and Angola


This paper seeks to provide a contribution towards knowledge of the theory and practical effects of the new instrument in the hands of Portu¬guese cooperation for development – clusters in cooperation – both in re¬gard to the countries receiving international aid and in terms of the effect that its creation and implementation may have, through what we can call the “boomerang effect”, on the reform of public and private cooperation institutions in Portugal, above all at the Instituto de Apoio ao Desenvol¬vimento (the Development Support Institute – IPAD). As for the theoretical side, we maintain that it is only the connection of this concept to benchmarking, as it is taken to mean in the reform of public administration currently underway, that will turn it into a real poli¬cy measure, as opposed to virtual measures that are announced and never put into practice. Then it can provide an innovative contribution to the re¬form of public institutions and the non state actors who make up the field for Portuguese cooperation, which operates within the current framework of international consensus about the area, and the public administration reform policy of the current government. In terms of practical operations, we maintain that that this should be achieved by a flexible model that is perfectly feasible and not in any way Utopian. With this model, cooperation programmes can be developed which are the tailor made for the priorities in each country. This can be carried out by using the methodology of partnership and the evaluation of those results that give the best quality and are the most participative possible in all the phases of identification, conception, implementation and evaluation. This means keeping in mind the Portuguese political op¬tions and those of the partner countries, as well as the coherence, consis¬tency and institutional capacity of both sides. Experiences are needed of other countries that finance cooperation, and reference must be made to the most advanced cluster in Portugal – the project for the Island of Mozambique – as well as putting forward proposals for making the clusters operational. These can form a template of what Portugal can set out for the countries with which it is coopera¬ting, and can then also be extended to what we think could be the trans¬formations in Portuguese institutions of the “field” in the light of the ideas expressed here. 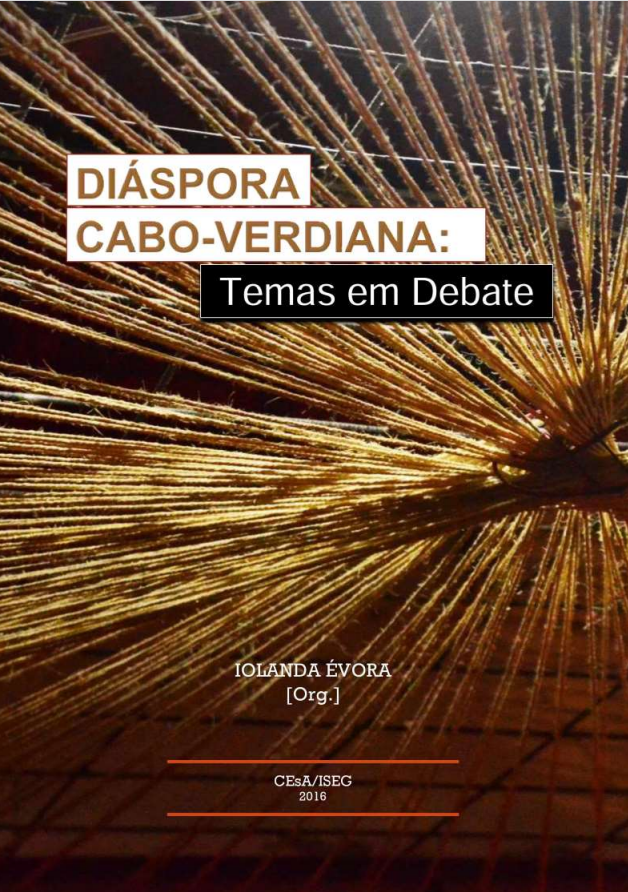 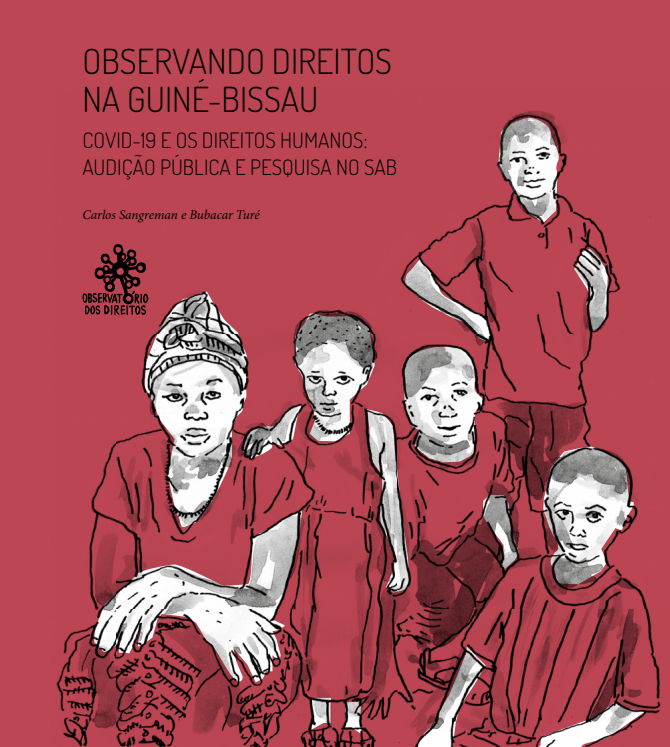 
This research intends to investigate the human rights situation during the Covid-19 pandemic in Guiné-Bissau between January 2020 and January 2022. The framework is based on documentary research on human rights in sub-Saharan Africa from the production of international and specialized organizations, and other non-governmental human rights defenders of the same period. For Guiné-Bissau, in addition to equal research, the communiqués and official bulletins of the “Hight commissariat for Covid-19” were also collected with the information of infected, hospitalized, recovered, deaths and vaccinations, as well as interviews with the newspapers of the Commissioner and the Secretary. With the concentration of cases in the capital, Bissau, the research organize a survey of families, of market sellers and of companies on the effects of the pandemic and the measures enacted by the Government/Presidency to contain. A public hearing was also organized in the House of Rights, with various entities ranging from the High Commissariat to Unions, journalists, and public order police to information about how each institution through its situation and action in this period. As conclusions of the analyses of all these qualitative and quantitative data, it is possible to affirm that Guinea-Bissau’s fragility has such a weight in Guinean society that a disease that has killed fewer people in the country than malaria, diarrhea or tuberculosis has not overlapped with problems arising in poverty and low incomes in general. It affected Human Rights by showing that it was already knew about the enormous shortcomings of the health system, but the effects were more graves on economic and social rights by the abrupt stagnation of economic international activity, the cooperation project, unemployment, and the rise of poverty than directly by the pandemic and measures adopted. The human rights of first generation, more political, freedom of the press and demonstration were affected, with arbitrary arrests and violence practiced by unidentified individuals intensifying the climate of impunity and feeling that the regime is becoming increasingly repressive, but it cannot be said that they were effects directly arising from the pandemic. 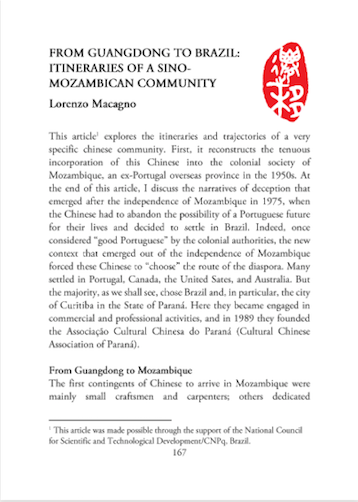 From Guangdong to Brazil: Itineraries of a sino-mozambican community


This article explores the itineraries and trajectories of a very specific Chinese community. First, it reconstructs the tenuous incorporation of this group into the colonial society of Mozambique in the 1950s. At the end of this article, I discuss the narratives of deception that emerged after the independence of Mozambique in 1975, when the Chinese had to abandon the possibility of a Portuguese future for their lives and decided to settle in Brazil.