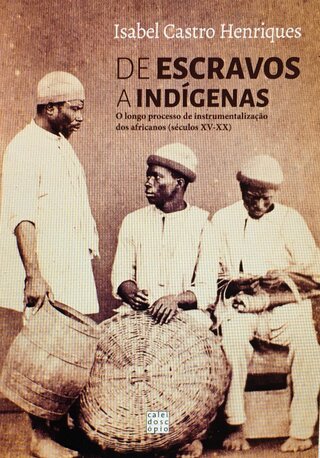 
This book, which brings together a set of texts written over forty years and dispersed in publications of diverse nature, not always easily accessible, aims to contribute to a renewal of historiography on the relations between Portugal and Africa, in the specific field of the forms of instrumentalisation of Africans carried out by the Portuguese for almost five centuries. A long process, whose internal nature proved capable of metamorphosis and reconversion in the nineteenth and twentieth centuries, ensuring the continuity of the violent ‘use’ of African populations, resorting to a new classificatory apparatus – savages, indigenous, assimilated – aimed at keeping Africans within the sphere of Portuguese domination, contributing to legitimising their enslavement and fixing distorting interpretations of History.
If a first line of study aims to review the history of slavery and slave trafficking and their ideologies in spaces of Portuguese ‘occupation’ like Angola, a second line of study privileges iconographic documents as historical sources, emphasizing their historical and informative dimension. Finally, the third line of this study seeks to highlight the evolution of the process of Portuguese instrumentalisation of Africans, which resorts to unprecedented classificatory categories – savage, indigenous, assimilated – and to practices that emerge from the slave labour of the past to ensure the colonial exploitation of African populations.
Value judgments, commodification, objectification, exploitation, ridiculing of African men fabricated Portuguese imaginaries that reduced the black/African to slavery, the savage/indigenous to lazy, thieving and drunk, the assimilated/’civilised’ to a ridiculous and negative copy of the white/Portuguese, enshrining the inferiorization of Africans, and in the same movement, glorifying the Portuguese ‘race’, hierarchizing the humanities and valuing the dimension and nature of the Portuguese actions, first slave-owning and then colonialist, that have left their mark on Portuguese society to this day.

Literatures and Cultures of the Indian Ocean


Portuguese Studies is a peer-reviewed biannual multi-disciplinary journal devoted to research on the cultures, literatures, history and societies of the Lusophone world. The chair of the Editorial Board for 2021 is Catarina Fouto, and the Reviews Editor is Emanuelle Rodrigues Dos Santos. 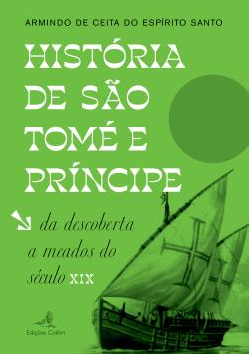 
In this book, the author explains how the Portuguese navigators arrived on the islands of São Tomé and Príncipe in the third quarter of the fifteenth century and transformed them into a social context for their development, but in which human and institutional relations were complex and even unbearable for the most disadvantaged, particularly on the island of São Tomé. Conflicts of all kinds worsened, particularly after the transition from a residential to a plantation society, with the intensification of the slave trade and the production and export of sugar. The long distance of the islands from the central power, located in Lisbon, constituted an ingredient that favoured the fomentation of conflicts in which the disrespect for the established rules was permanent and maintained during the period of domination of the native elite since the 17th century, marked around the main families that disputed access to power and control of wealth. The author shows that, despite its harshness, the colonial slave model had dynamics of social mobility that allowed some enslaved people to become free and others to become powerful in economic and political terms, even during the 16th century, becoming dominant until the mid-19th century. 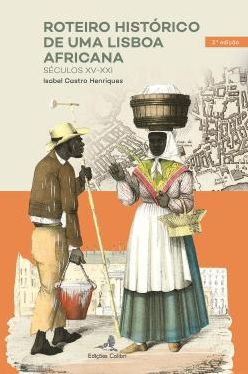 Historical Guide to an African Lisbon

Lisbon, a city with as many hills and valleys as there are myths about its history and the populations who invented it, spreads along the banks of the Tagus, at the point where the river ends its meanderings through the Iberian landscape and plunges into the Atlantic Ocean. Lisbon carne into being on the hill where the Castle of St. George now stands, and where a Bronze Age settlement left traces of its former existence, mixing with the many other marks made in the city by Greeks, Phoenicians, Lusitanians, Romans, Visigoths, Arabs,Jews and Christians. A long list of peoples and cultures, stories and legends, gods and heroes, who, like the city’s mythical founder, Ulysses – Olisipo – to whom it owes its name, built and rebuilt this urban space. 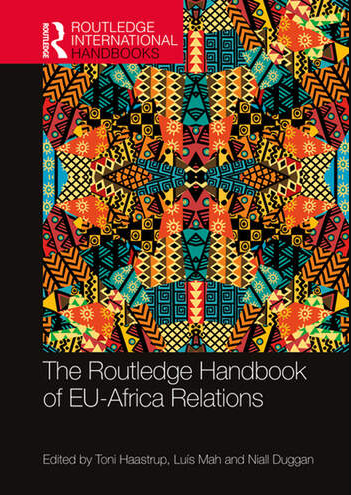 The Routledge Handbook of EU-Africa Relations


Structured into five parts, the handbook provides an incisive look at the past, present and potential futures of EU-Africa relations. The cutting-edge chapters cover themes like multilateralism, development assistance, institutions, gender equality and science and technology, among others. Thoroughly researched, this book provides original reflections from a diversity of conceptual and theoretical perspectives, from experts in Africa, Europe and beyond. The handbook thus offers rich and comprehensive analyses of contemporary global politics as manifested in Africa and Europe. 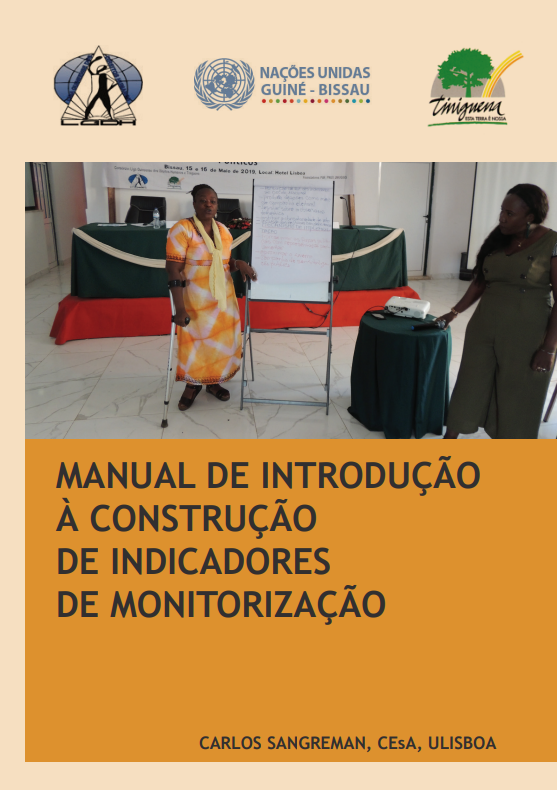 
This Handbook is a working and training tool for technicians from public and private, national or international institutions working in the area of development and public policies. Its objective is to enable technical experts to develop capacities to think about indicators that are appropriate for projects and policies in their area of intervention. The technical level is introductory to the subject and does not indicators on business management, for example, finance or macroeconomics, and no previous knowledge of mathematics or statistics is required beyond the basics and common sense. It contains chapters with a theoretical part and a practical part, through examples applicable to Guinea-Bissau, on simple and composite, quantitative and qualitative and composite, quantitative and qualitative indicators, short and long term sampling and descriptive statistics. Since this version is prepared for Guinea-Bissau, the last chapter seeks to reflect on the lessons from the lessons learned from the Manual on the construction of indicators which are included in the Political and Social Stability Pact (Pact), signed in 2018, as an example of a multidisciplinary area with fundamental interest for the country. 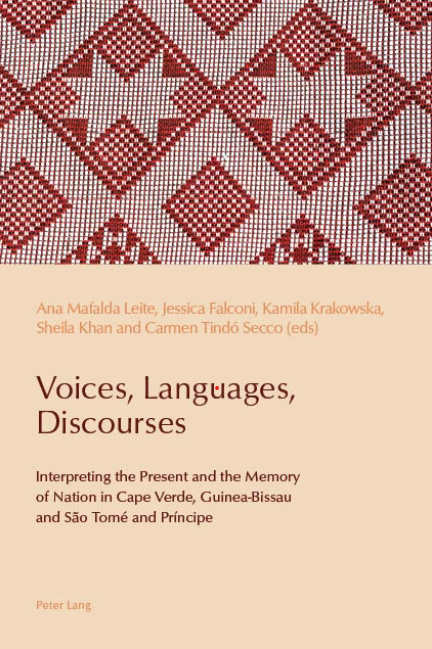 Voices, Languages, Discourses: Interpreting the Present and the Memory of Nation in Cape Verde, Guinea-Bissau and São Tomé and Príncipe.


This volume brings together a selection of interviews with writers and filmmakers from Cape Verde, Guinea-Bissau and São Tomé and Príncipe in order to examine representations and images of national identity in the postcolonial narratives of these countries. It continues and completes the exploration of the postcolonial imaginary and identity of Portuguese-speaking Africa presented in the earlier volume of interviews Speaking the Postcolonial Nation: Interviews with Writers from Angola and Mozambique (2014).

Memory, history, migration and diaspora are core notions in the recreation and reconceptualization of the nation and its identities in Cape Verdean, Guinean and São Tomean literary and cinematographic culture. By assembling different generations of writers and filmmakers, with a wide variety of perspectives on the historical, social and cultural changes that have taken place in their countries, this book makes a valuable contribution to current debates on postcolonialism, nation and identity in these former Portuguese colonies. 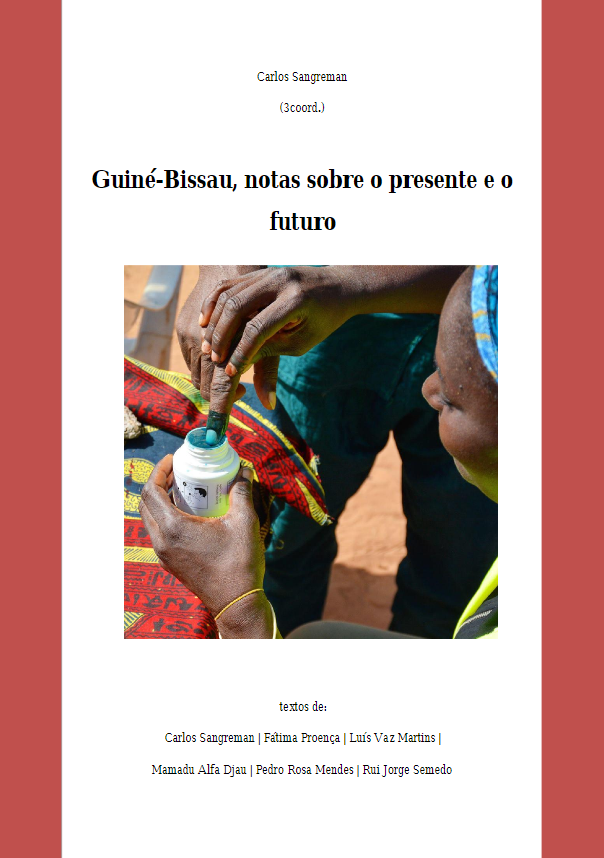 
This book is about Guiné-Bissau, its economy, its politics, its economic planning, its military corps and the tradition of one of its etnic group.