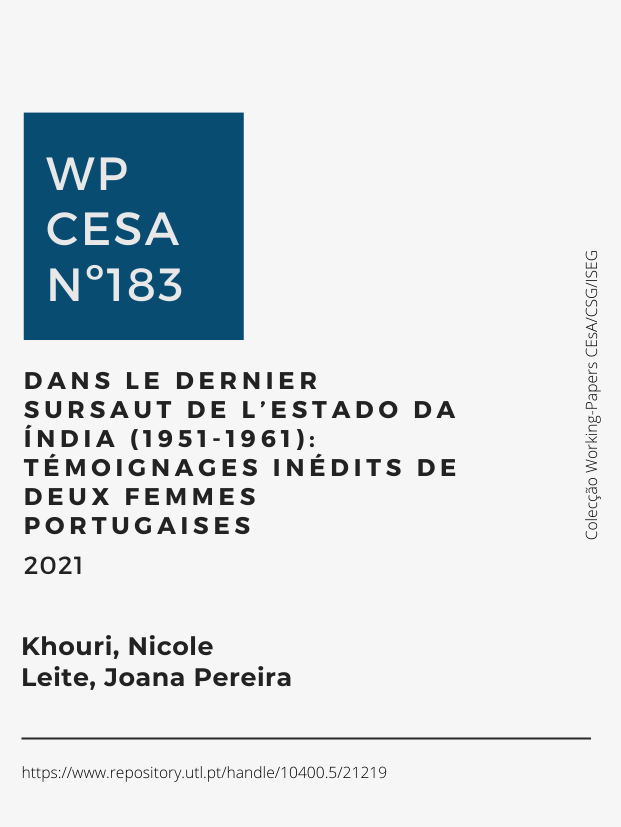 Abstract: During the last decade of Estado da Índia, the testimonies of two Portuguese women who embark on a trip to Goa have caught our attention. Born in 1926 and part of the first generation of Estado Novo, the authors belong to an educated elite and share an acute political awareness of the regime, choosing even to engage in the metropolis opposition movements. They left Portugal for Goa, the territory of their political exile, a society totally alien to them and an important moment of personal experience. The last decade of the Portuguese domination sign the last burst of Estado da Índia which is moving towards the return of its territories to the Indian Union in 1961. The stories left by these two women articulate a history of the Portuguese empire, learned on school benches, portraying an experience of the Salazarist regime and the confrontation of the authors’ experience in Goa. There they make their way on a tightrope, created both by the distance to the colonial administration and by the difficult penetrability of Goan society. In this interface and stemming from an everyday of existential precariousness, they get to know this society and engage in the cultural and political challenges that cross it. Back in Portugal and later on, one of the authors write her memories and the other wish for the exposure of the letters, that she daily written to her family . The memoirs and letters constitute a counterpoint testimony, on the one hand to that of the Portuguese of the Empire (whose statuses and belonging were defined in a colonial society) and, on the other, to that of the diasporas belonging to the Empire (Portuguese, Goans , Indians) by where it is also interesting to read the center from its periphery. Their testimonies and their reflections have very current accents on the way of writing, of thinking and living on existential, material, and symbolic borders that both separate and unite people.